'SEAMLESS' THE NEW ALBUM OUT NOW

We are at the the end of our 2017 tour, and it has been a blast..
Our audiences have been fantastic, and we must say thank you for your support, for your appreciation of our efforts, for the wonderful chorus singing we pushed you into, and of course the ridiculous seated communal rowing that you fell for every time.
This has been the biggest, and most successful Poets tour so far, and we are planning another, but not until autumn 2019.
Bob is returning to his role as songman, touring the UK in 'Warhorse', Benny is back to the canals, Jez touring solo, and with the Pennies, and I'm taking a 'gap' year to see the world.
'Pitmen Poets Live' and 'More Black Diamonds' CDs still available from Listen & Buy
Hope to see you all fit and well, and up for some new Poets songs and stories in 2019.
Billy, Bob, Benny and Jez.

For two hours these four giants of the traditional and contemporary folk world regaled us with brilliant songs, poetry and hilarious anecdotes about our coalmining tradition.
It's done not from the perspective of former miners but from the sons of former miners; County Durham and Northumberland Baby Boomers able to "escape" life down the pit. Therefore this isn't about patronising pitman and their families; as the patter recalled, it's about people who saw at first hand tin baths in front of the fire, outside netties, strikes and hard times.
Each one of the "poets" is a star in their own right but playing together the sum parts take the whole onto a different level.
Mitchell (guitar, mandolin and harmonica), Fox (guitar), Graham (accordion and a heaven-sent voice) and Lowe (guitar, cittern and  harmonica) wrap their words and storytelling in beautiful collective harmonies.
The songs are about celebrating the life of the mining villages, about working class community, about solidarity. As Mitchell said, to balance things up, they'd sing songs written for and about the bosses and coal owners but there just aren't any!
Tommy Armstrong, the original Stanley-born Pitman Poet, is well represented by Fox and Graham, while Mitchell covered a number of songs from his excellent CD The Devil's Ground.
Lowe's comic song about redundant ex-pitmen going off the rails and joining a pub quiz team was a light-hearted contrast to his hard-hitting Judas Bus, about scabs in the 1984/85 strike; intercut with The Blackleg Miner, it was another of the many highlights of a fantastic night that included an appearance by clog dancer Ellie Fox, who received rapturous applause, and a backdrop of mining life images.

Whoever's idea it was to bring these four together for a show should be awarded a gold medal for services to music.  Catch them on their national tour at The Sage Gateshead on Sunday, February 19.
Ed Waugh.

Ned was the first professional North East singer/songwriter. He wrote songs that had resonance with working class people and that are still relevant today.
"A great show....don't miss it."

Featuring BOB FOX, BILLY MITCHELL, JEZ LOWE & BENNY GRAHAM
FROM 'BILLY ELLIOT' TO 'CLOSE THE COALHOUSE DOOR' FROM 'THE PITMEN PAINTERS' TO 'WHEN THE BOAT COMES IN' NOW HEAR THE SONGS AND STORIES OF THE PITMEN POETS PAST AND PRESENT. 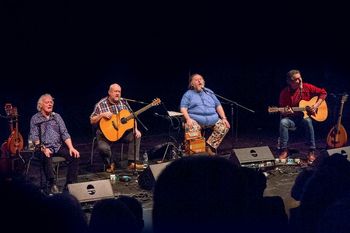 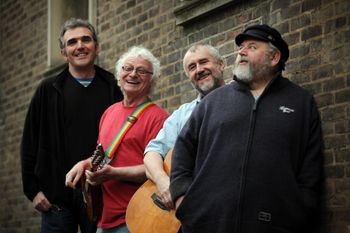 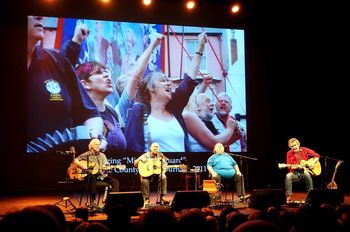 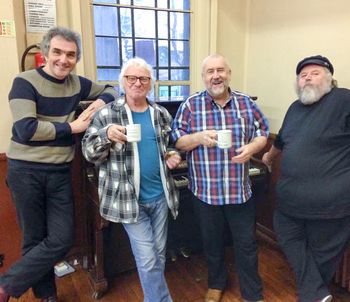 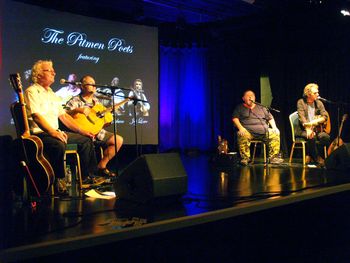 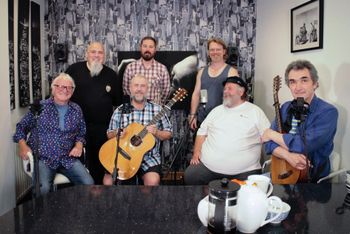 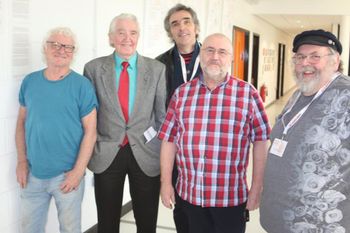